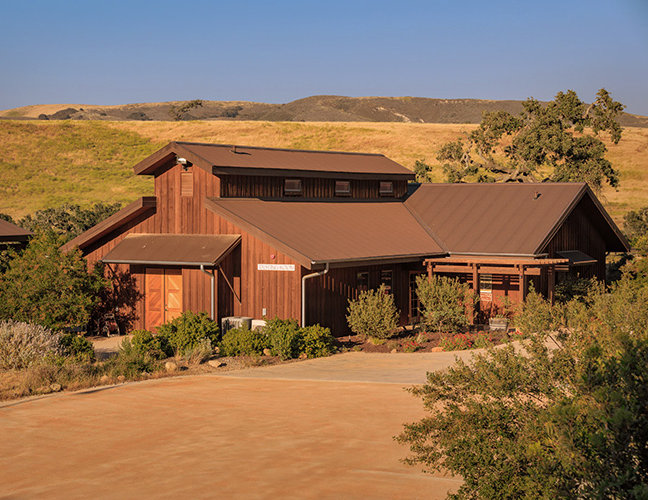 Their tasting rooms – along the Foxen Canyon Wine Trail – are situated on 2,000 acres of beautiful California ranch land where visitors have the opportunity to visit the original location, lovingly known as “The Shack,” to see where it all began and experience the rustic side of Foxen. Just up the road lies the new Solar-Powered winery and Foxen tasting room. Visiting both locations tells the full story and gives you the essence of what makes us uniquely and distinctively Foxen.

In the early 1800s, an English sea captain set off on a journey only to find himself mesmerized by the Rancho Tinaquaic, a land filled with rich Mexican history. Soon after, Captain William Benjamin Foxen bought the historic Rancho Tinaquaic in 1837 with a Mexican Land Grant. The years passed by and a four generations later Captain Foxen’s memory lives on. In 1985, Bill Wathen and Dick Doré started their winemaking journey, and with Dick’s great-great grandfather in mind, the now 2,000 acre Rancho Tinaquaic is home to the Foxen Winery & Vineyard. As a rancho that was primarily used for grazing cattle, Captain Foxen had the task of choosing a distinctive cattle brand. He chose an anchor, which many years later would serve as the trademark of the Foxen Winery & Vineyard. 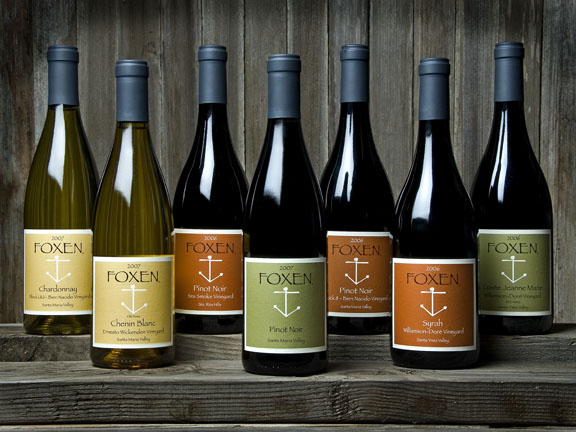 The Foxen boys, Bill and Dick, crossed paths while working at the Tepusquet Mesa Vineyard. It was there that their life-long friendship and partnership began. With a degree in fruit science, specializing in vineyard management, Bill has worked with grapes for the majority of his life. Along his winemaking path, he was mentored by many viticultural pioneers such as Dale Hampton, Louie Lucas and Dick Graff. Through his mentors and his then newly-found love for traditional French winemaking techniques – he began his winemaker journey in the Santa Maria Valley. With a philosophy to remain honest and to have as little intervention on the land as possible, Bill’s winemaking honor the vineyards.