The Stunning Beauty of Presqu’ile Winery 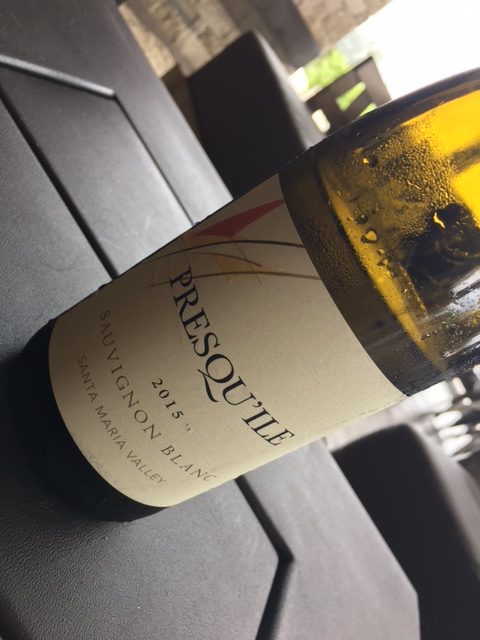 Located in the heart of Santa Maria Valley, Presqu’ile (pronounced press-KEEL) is a French creole word for “almost an island,” and is a family-run business dedicated to crafting exceptional cool-climate Pinot Noir, Chardonnay and Sauvignon Blanc.

Made using grapes from its sustainably certified Presqu’ile Vineyard, and from a handful of the finest winegrowing sites in the valley, Presqu’ile wines capture the essence of the vineyards and vintage, and are acclaimed for their elegance and balance.

Situated high atop a hill, with stunning ocean and vineyard views, the Presqu’ile vineyard offers one of California’s most memorable wine tasting experiences.

In 2007, after an extensive search that spanned the West Coast of the U.S., the Murphy family acquired an ideal, unplanted 200-acre property in the hills of the Santa Maria Valley. Over the next two years, the Murphys, along with vineyard manager Jim Stollberg and winemaker Dieter Cronje, meticulously planned the design of the Presqu’ile Vineyard with an emphasis on diversity.

To achieve their vision, they mapped the site’s deep sandy soils, distinct airflows, patterns of sunlight, hillside angles and elevations. With the insights derived from these measurements, they planted the vineyard to maximize the diversity of row directions, spacing, clones and rootstocks. Collectively, the result is a winemaker’s dream, offering a treasure trove of individual blocks and sections, allowing Dieter to craft complex and layered small-lot wines.

We met with Matt Sobczak, certified sommelier and assistant tasting room manager, who hails from the Santa Maria Valley. “I grew up here,” he said. “I didn’t realize how cool my home really was until I started working at Presqu’ile. There’s purity and differentiation in the wines, and I feel a sense of community working with all the great wineries in the area. We’re all doing our part and we enjoy each other’s successes. I think we’re truly hidden gem of a region that our visitors are really starting to discover.” 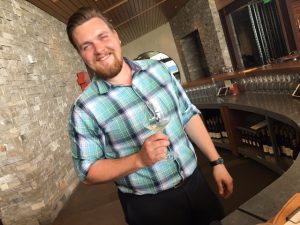 Throughout the property, you will get a sense of modernity in Presqu’ile’s architecture, interior layout and in its design aesthetic, not to mention, you’ll see some really sleek egg-shaped concrete wine vessels along the tour. The property is set among the backdrop of the valley, where organic meets contemporary.

And the wines. Oh the wines. From the crisp, rounded Sauvignon Blanc to some of the best Rosé in California, the taste is distinct, yet approachable and drinkable. And not to mention, two-thirds of the grapes are Pinot Noir, Santa Maria Valley’s signature libation.

In keeping with the Murphy family’s belief in stewardship and conservation, the Presqu’ile Vineyard is Sustainability in Practice (SIP) certified. Rigorous, non-negotiable and measured by an independent third-party auditor, SIP is widely considered the gold standard for sustainability certification. Unlike organic certification, which looks exclusively at chemical usage, SIP also audits social responsibility, water conservation, energy efficiency, clean water and much more.

One of the most essential elements in what makes the Presqu’ile Vineyard so special is the valley itself. The Santa Maria Valley American Viticultural Area (AVA) was established in 1981, making it the second oldest AVA in California after Napa Valley. It is also one of the world’s most unique AVAs. Along with the nearby Sta. Rita Hills, the Santa Maria Valley benefits from the only two transverse mountain ranges on the entire West Coast of North and South America. 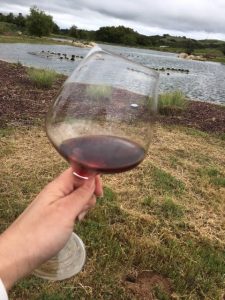 While approximately 85 percent of the wine made at Presqu’ile is entirely estate grown, Presqu’ile also partners with a handful of the finest cool-climate vineyards in the region, including Rim Rock, Steiner Creek and the legendary Bien Nacido Vineyard.

Presqu’ile offers tastings seven days a week, they host group tours and even offer live music and summer concerts, so you can stay a little longer. Visitors will surely get a taste of southern hospitality in California’s beautiful Central Coast.