For nearly 54 years, the Pacific Conservatory of the Performing Arts or PCPA, has infused the national theatre scene with thousands of trained actors and theatrical technicians from the Central California Coast. If you’re visiting the Santa Maria Valley, it’s a discovery that you’ll be ecstatic to uncover.

PCPA is a professional conservatory theatre, committed to reflecting and transforming the diverse community with the art of live theatre. “This is our time to use great theatre to reflect, connect and illuminate the path forward,” said Mark Booher, artistic director. “As we all encounter the unprecedented trials and possibilities of modern life, we strive to present new-fashioned classics to ground us and sizzling new work to help us soar.”

In 2017, PCPA was awarded a $10,000 Arts Works grant from the National Endowment for the Arts (NEA). Selected from among performing arts companies across the country, PCPA was one of 133 organizations to receive national recognition for its work from the NEA. The grant will provide support for PCPA’s production of Fences (September 15-October 1) through residencies for actor Derrick Lee Weeden, as Troy Maxson, and director Timothy Bond. The grant also funds both Bond and Weeden to instruct master classes for PCPA’s Conservatory programs, YPP Fall Intensives; and to lead workshops in partnership with local high schools, as well as participate in public talk-back sessions and pre-show interviews.

“We have an opportunity to start a new dialogue on the ways in which the arts – and the ways the NEA supports the arts – are an essential component of our everyday lives,” said Jane Chu, NEA chairperson. “Although many may not realize it, the arts actively intersect with areas such as the economy, human development and community vitality. The arts and artists who are funded and supported by the NEA are an integral part of the solution to the challenges we face in all parts of our society.”

Audiences will have a chance to see a broad variety of work that ranges from Shakespeare to Broadway musicals, to classic comedy and dramas to new works. People out of the area or otherwise will find that live theatre, unlike any other entertainment, is enriching and inspiring. At its base, it’s just storytelling, but in this heightened form, it has the power to touch you in profound and moving ways. 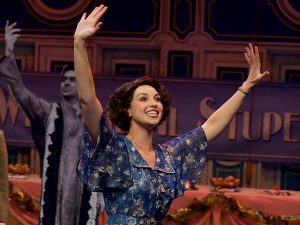 People are often surprised by the caliber of the productions, from the acting to the scenery, and costumes. PCPA performances are professional at the highest level, and perhaps a bit unexpected when people see a show in Santa Maria or Solvang. Also, many people may not realize that PCPA designs and builds all of its own sets, costumes and props.

PCPA remains the only resident professional company on the Central Coast and the only training program of its kind offered at a community college – producing exemplary artistic experiences for the community while preparing thousands of actors and technicians for a career in theatre. Primarily, PCPA is the only conservatory in the country – training actors and theatre technicians – associated with a community college. That means tuitions are greatly reduced compared to university programs. Also, as a professional regional theater, PCPA does full length runs so students get the feel of doing real world productions. Its resident artists teach in the classrooms by day and work side-by-side with students and interns in productions at night.

Enjoy a production at PCPA the next time you’re in town, with a deeper enjoyment that you’re glimpsing the seeds of a richer tomorrow. We are sure you’ll be delighted by the strength of the company in all its facets of production. 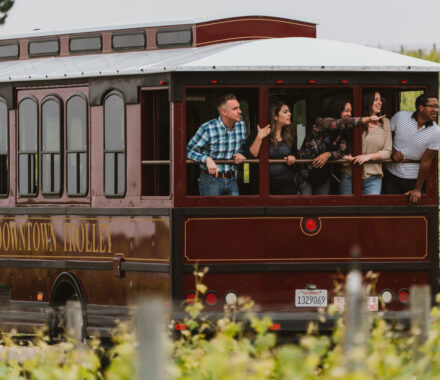