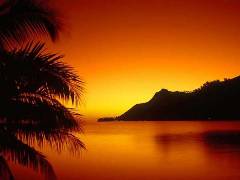 Talk about a win-win situation! Residents of the Central Coast can now fly directly to beautiful Hawaii via the Santa Maria Public Airport…And now residents of Hawaii have a straight shot to California’s BBQ Capital!

Indeed, as reported in the Santa Maria Times, “Visitors to the Santa Maria Public Airport will be noticing a little more ‘island style’ starting today after Allegiant Air announces it will begin flights to Honolulu, Hawaii on Nov. 17…Andrew Levy, president of Allegiant Travel Co., said Santa Maria’s location and its already active service to Las Vegas played a big role in securing the Hawaiian service…’We believe we’ll be able to pull people from all over the area. We think it will be a good route.'”

Like the Santa Maria Valley, Hawaii boasts a rich culinary heritage, one that today incorporates a fusion of multiethnic influences along with local ingredients. Not surprisingly, fine regional dining abounds on the islands.

Meanwhile, out here in the Santa Maria Valley…Well, we don’t need to belabor the point. But let’s just say that after a comfortable direct flight via Allegiant Airlines, our friends in Hawaii will no doubt enjoy experiencing what Sunset Magazine once called “the world’s best barbecue” right at the source.

To Hawaii, we say: Just fly on over and follow the red oak smoke, we look forward to serving you, and to visiting you, too!