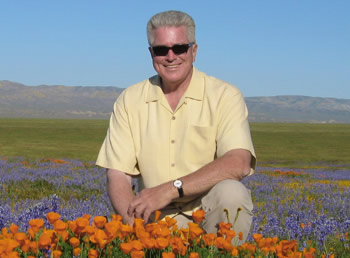 In the Santa Maria Valley, our famed Santa Maria Barbecue shares the spotlight with another local treasure, the Guadalupe-Nipomo Dunes Complex, a breathtaking coastal preserve spanning 22,000 acres and 18 miles.

The popular PBS television host Huell Howser knew all about the Guadalupe Dunes and filmed several episodes there for his “California’s Golden Coast” series.

Now, in honor of Howser’s recent passing, the Guadalupe-Nipomo Dunes Center, which oversees an education center and guided hikes promoting the Dunes, invites the public to a “Huell Howser Memorial Hike” on February 9 at 10 a.m. Attendees are encouraged to share stories about Howser on the three-mile hike along a boardwalk at Oso Flaco Lake, a seaside estuary. The hike will last about two hours and is free to the public; a $2 donation to the center is suggested. Participants will gather at the parking lot at Oso Flaco Lake Road in Nipomo off of California Highway 1 ($5 for parking).

One of only two remaining coastal dunes complexes in California—and by far the largest—the Guadalupe-Nipomo Dunes Complex unfolds with awe-inspiring mountains of shifting sands that are teeming with biological diversity. The preserve stretches from Pismo Beach to Point Sal.

Howser, who died of prostate cancer on January 7 at age 67, was one of the region’s biggest fans and helped organize a number of fundraisers that led to the establishment of the Guadalupe-Nipomo Dunes Center in 1999. Mr. Howser was a true California classic, and he will be missed!