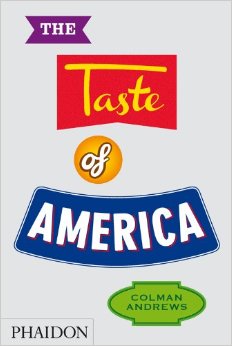 Santa Maria Style Barbecue is in the high-profile spotlight once again as the new coffee table book The Taste of America features a chapter devoted to pinquito beans, which are a staple of the traditional Santa Maria BBQ menu.

Written by famed food writer Colman Andrews, the 288-page book is touted as “the first and only compendium of the best food made in the U.S.A.” It features 250 regional products from across the United States, including 125 color illustrations. Sections include Fish & Shellfish, Fruits & Vegetables, Baked Goods and more. Branded regional products featured in the book include Carolina Plantation Cowpeas, Seabear Wild Salmon Jerky, Humboldt Fog Cheese and the Santa Maria Valley’s own Susie Q’s Brand Pinquito Beans.

Andrews  writes, “In and around the city of Santa Maria, in Santa Barbara County, on California’s Central Coast, the aroma of beef sizzling over live oak fires sometimes fills the air, especially on weekends. The aroma comes from restaurants, church and supermarket parking lots, and roadside stands, where the local tradition known as Santa Maria barbecue is being celebrated.”

He cites various components of the classic local menu, adding that “the last ingredient (pinquito beans) is the one that would almost certainly give any non-local pause.”

Andrews then describes pinquitos as “delicious and unusual beans and a good side dish even if you’re not grilling steaks,” and notes that “they don’t seem to grow anywhere other than around the Santa Maria Valley.”

He also touts Susie Q’s Brand as a leading purveyor of local pinquito beans, describing how proprietor Susan Righetti was raised in the local culinary tradition as the daughter of Far Western Tavern co-founders Clarence and Rosalie Minetti.

For anyone interested not just in the story of pinquito beans, but also in the the rich regional culinary heritage of America, this book is a keeper and would make a great Christmas gift!