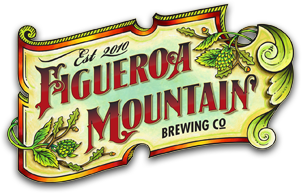 When you’re talking about “perfect pairings,” beer and barbecue has to be near the top of the list!

On that note, get ready for more perfect pairings here in California’s BBQ Capital as Figueroa Mountain Brewery has opened a new taproom in the city of Santa Maria. Best of all, the brewery plans to honor the tradition of Santa Maria Style Barbecue along the way.

“We are excited to open a taproom in an area so rich in history and tradition,” says brewery president Jaime Dietenhofer about expanding into Santa Maria. “Every year we attend the Santa Maria rodeo and we’re big fans of Santa Maria BBQ. Craft beer is the perfect pairing with tri-tip and we will even be marinating tri-tip in Davy Brown Ale for sandwiches on our ‘Bar Bites’ menu.”

Figueroa Mountain Brewery is based just down the road in the Santa Ynez Valley and makes a variety of beer styles, including signature brews such as Hoppy Poppy IPA and Davy Brown Ale.

At its Santa Maria taproom, Figueroa Mountain has live music on Fridays and Saturdays, along with other themed evenings, such as Game Night (board games galore) and Benefit Taphandle Night (supporting local charities) every Wednesday. Food includes tri-tip sandwiches, pizza, salads and more.

The new Figueroa Mountain taproom in Santa Maria is just the latest example of how the craft beer movement is making waves here in the Santa Maria Valley!